Did Someone Say Brunch? Grab a Blanch de Chambly Mimosa!

One of my all time favorite meals is brunch. It is such a delicious combination of foods from all courses coming together in perfect harmony. Everything from eggs and pancakes to bacon, roast beef, shrimp, pastas, desserts and more make it onto the table. Beyond that, there is usually a wide selection of juices, coffees, cocktails, beers, spirits, and usually mimosas; the classic brunch drink of orange juice and champagne.

I do love champagne, but honestly the classic mimosa leaves something to be desired. It always ends up a bit to sharp, and unless you are using very expensive sparkling wine, a bit to tart. Ah ha, beer to the rescue. Here is one of my most favorite beer cocktails that people are always shocked, and then astounded by; the Blanch de Chambly Mimosa! It is smoother, creamier, has a soft vanilla and warm spice character to it, and just compliments orange juice better than champagne can. Read on for the directions, and I dare you to try it! END_OF_DOCUMENT_TOKEN_TO_BE_REPLACED

Beer Donuts. I Want Them! 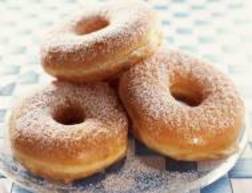 CraftBeer.com is a pretty remarkable resource for everything beer. They publish news, stories, lessons, guides to beer and enjoying beer, local events, beer and food pairings, and more. One of my favorite sections though is the recipe list. Not homebrew recipes, but cooking with beer recipes. The most recent post caught my attention; Amber Ale Donuts… MMMmmmm. I will be making these very soon and will post my results. I can’t wait!

Recently there has been a slew of Craft beer videos all resonating the same message about how much we love craft beer. Most of them are great, but absurdly repetitive uttering “I am a craft beer drinker” over and over again from different people at different angles. It was refreshing then to see the newest Craft Beer promotional video for the New York Craft Beer Week. This video is totally original, unique, and pretty awesome. I don’t think anyone has done a beer promotional video like this before. Hats off to ya guys. Oh, and NY Craft Beer week is going to be crazy! September 24th through October 3rd. If you are in New York, go get some great beer!

Jealous of Anyone Going to The Great American Beer Festival

The Largest Beer Festival in North America, the Great American Beer Festival, Starts TODAY in Denver Colorado. I am madly jealous of everyone going to the fest to enjoy some of the best beers that the world has to offer – but I will be there one day! The GABF is also totally sold out, all 3 days will be packed to the fills with beer loving enthusiasts. There is a brewing competition, food and beer expos, meet the brewers pavilions, judging stations, and tons and tons of great beer! A lot of breweries even brew special one-off batches just for the show… *sigh*… One day! Next week I will post details on all the winning beers and find out who is crowned best of the fest!

A Lost Abbey and Port Brewing Tasting at the Beer Bistro

On Wednesday September 22nd during Toronto Beer Week the Beer Bistro will be hosting a tasting of 4 Lost Abbey Beers and 2 Port Brewing Beers for $25. Both of these Californian Breweries have made a prominent name for themselves amongst brewers and beer lovers. Their products perfume with heritage an passion, and are filled with life and excellence.

The Lost Abbey Beers Features will be the Carnevale (dry hopped saison at 6.5%), Avant Garde (Biere de Garde style malty beer at 7%), Red Bard Ale (a spicy farmhouse ale with roots in rustic Southern Belgium at 6.7%), and the Lost and Found (a trappist inspired Abbey Ale at 7.5%). The 2 Port Brewing beers are the Old Viscosity (nick named the big nasty, this is a 10.5% stout/barleywine/old ale that needs to be tried to be understood) and the Older Viscosity (A bourbon barrel aged version of the Old Viscosity that is up to 12.5%). 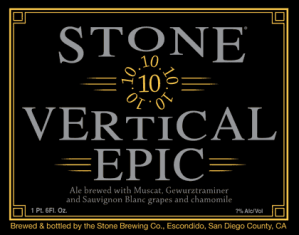 The Stone Brewing Co. does many things that makes me wish I lived in Escondido California, where the brewery is located. If its not just for their beers, its the festivals, the brew pub, the events, specialty and collaboration beers, and the sheer passion and enthusiasm for beer that the whole teem exudes. One of my favorite projects that they have which has been running since 2002 is the Vertical Epic Ale Series. Each year starting on 02’02’02 (ie. February 2nd, 2002) Stone releases a new beer intended to be aged until 12’12’12 (December 12, 2010), at which time they should be enjoyed ranging from a fresh beer to a 10 year old bottle. END_OF_DOCUMENT_TOKEN_TO_BE_REPLACED

A Great Beer for Every City Traveled (part 3 of 3, Switzerland and the Czech Republic)

If I’m not travelling Europe drinking great beer, at least one of my friends is. My bud Calvin is doing exactly that, so I figured that I would help him out and point him in the right direction of some amazing beer. In this part of his trip he will be in one of the world’s ultimate beer havens in the Czech Republic, and the not so beer infamous Switzerland. Although I’m sure he will be occupied with the sites, and friends and other festivities in both locations, the man has got to drink, so why not enjoy the good stuff? END_OF_DOCUMENT_TOKEN_TO_BE_REPLACED

Definitive Ale
Create a free website or blog at WordPress.com.